"The Warning" (2009)
It was written by Marshall Mathers Iii.
Published by SHROOM SHADY MUSIC.
0 favourites 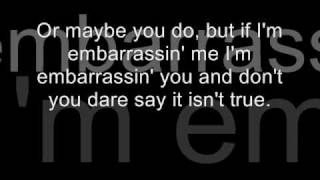 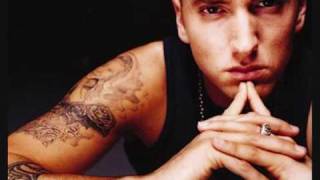 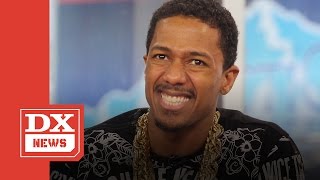 Nick Cannon Explains The One Time He Dissed Eminem 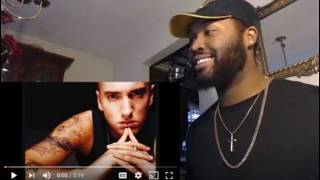 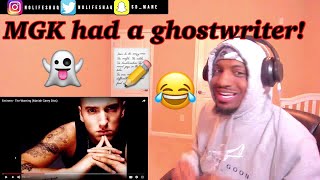 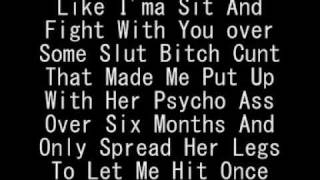 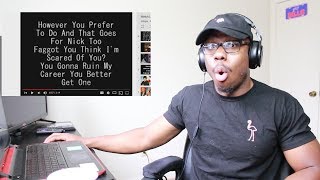 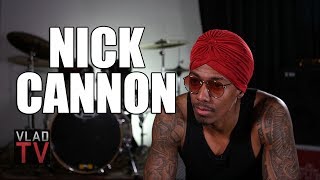 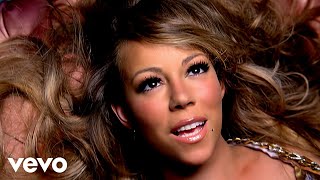 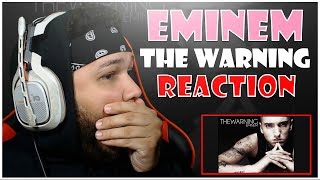 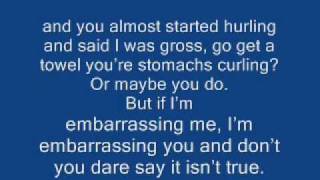 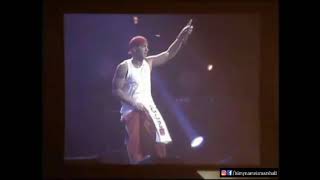 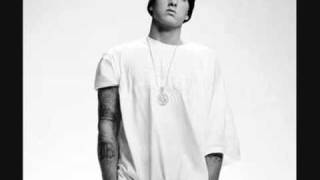 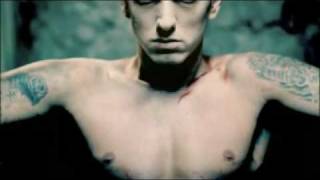 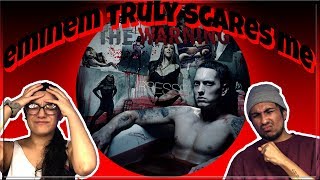 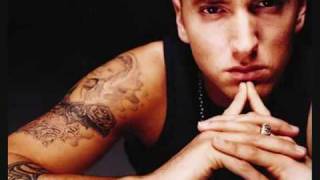 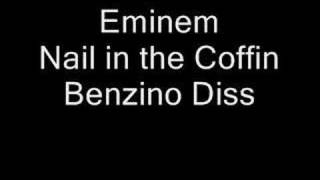 Eminem / Nail in the coffin

Sit back, homie, relax
In fact grab a six pack
Kick back while I kick facts
Yeah Dre, sick track

Perfect way to get back
Wanna hear something wick-wack?
I got the same exact tat
That's on Nick's back

I'm obsessed now
Oh gee, is that supposed to be me
In the video with the goatee?
Wow Mariah, didn't expect you to go balls out
Bitch, shut the fuck up before I put all them phone calls out

You made to my house when you was wild-n-out before Nick
When you was on my dick and give you somethin to smile about
How many times you fly to my house? Still trying to count
Better shut your lying mouth if you don't want Nick finding out

You probably think cuz it's been so long
If i had something on you I woulda did it by now
Oh on the contrary, Mary Poppins, I'm mixing our studio session
Down and sending it to mastering to make it loud

Enough dirt on you to murder you
This is what the fuck I do
Mariah, it ever occur to you that I still have pictures?
However you prefer to do
And that goes for Nick too
Faggot, you think I'm scared of you?

You gonna ruin my career, you better get one
Like I'mma sit and fight with you over some slut, bitch-cunt
That made me put up with her psycho-ass over 6 months
And only spread her legs to let me hit once

Yeah, what you gonna say? I'm lucky?
Tell the public that I was so ugly
That you fucking had to be drunk to fuck me?
Second base? What the fuck you tell Nick, punk?
In the second week we were dry humping
That's gotta count for something

Listen girly, surely you don't want me to talk about
How I nutted early, 'cause I ejaculated prematurely
And bust all over your belly and you almost started hurling
And said I was gross, go get a towel you're stomachs curling?

Or maybe you do, but if I'm embarrassing me
I'm embarrassing you, and don't you dare say it isn't true
As long as the song's getting airplay, I'm dissing you
I'm a hair away from getting carried away and getting sued

Like I've been goin' off on you all this time for no reason
Girl you out ya alcholic mind
Check ya wine cellar, look at the amounts of all the wine
Like I fuckin' sit around and think about you all the time

On an episode of Cribs, a blow below the ribs
If I hear another word so don't go opening your jibs
'Cause every time you do it's like an over load of fibs
I ain't saying this shit again, ho, you know what it is

Slim Shady, Slim Shady, I love you
I love you too
Let me whisper sweet nothings into your ear, boo
Now what you say?
It's nothing
Yeah, so what I'll do
Is refresh your memory when you said, "I want you"

Now should I keep going, or should we call truce?
You think you cute, right?
You bet your sweet ass I do
I'm Mary Poppins, B
And I'm Superman, mmm
Mary P., Slim Shady
Comin' at you

So if you'll still be my baby girl
Then I'll still be your superhero
Oh my, Em
Yeah, I'm right here
You like this
Nope, not anymore dear

It cuts like a knife when I tell you get a life
But I'm movin' on with mine
Nick, is that your wife?
Well tell her to shut her mouth, then I'll leave her alone
If she don't stick to the script, then I'mma just keep goin'
Damn

Albums has song "The Warning"