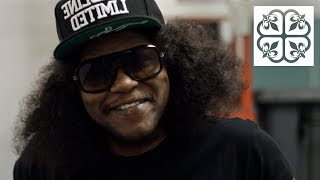 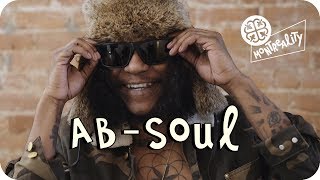 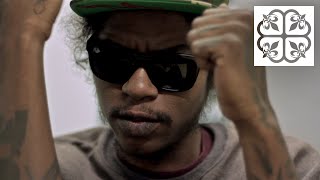 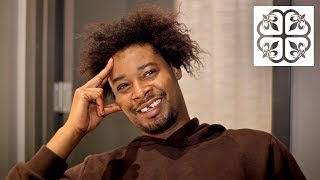 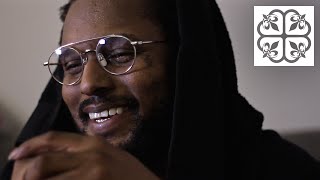 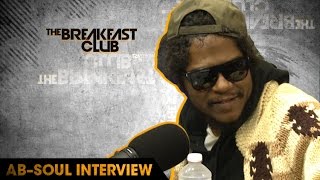 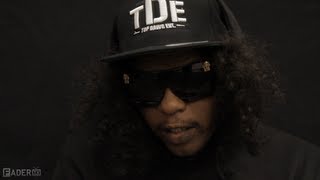 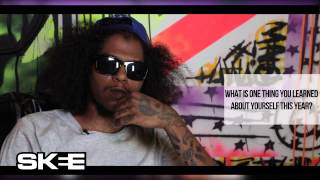 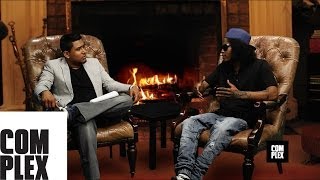 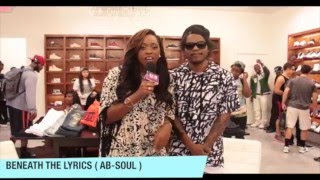 Interview with Short Dawg AKA Fresh and Ab-Soul #MediaEYEcon 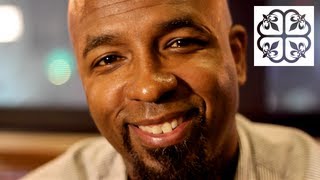 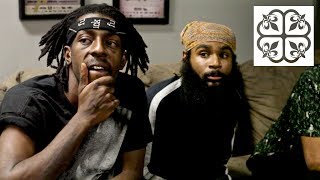 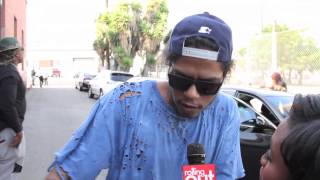 Ab-SouL Talks About Weed and Gang Culture in LA 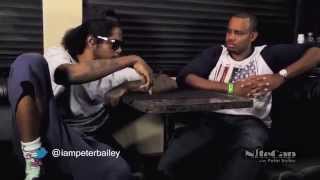 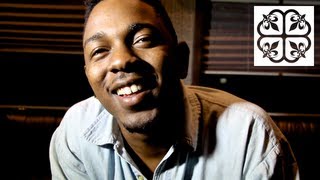 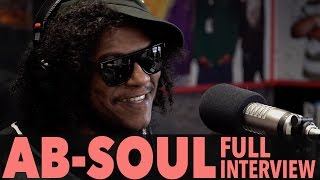 Ab Soul on New Album "Do What Thou Wilt", TDE, And More! (Full Interview) | BigBoyTV 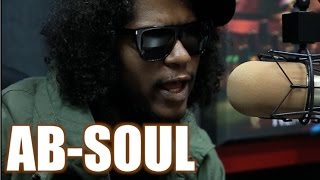 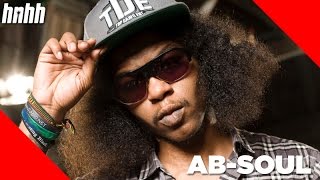 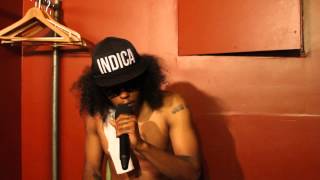 [Intro]
Yo, yo, it's Ab-Soul the Black Lip Pastor, TDE, HiiiPower. Shout out to Montreality, man, and that's what you watching right now, man. Stay focused

Montreality: What type of student were you?
Ab-Soul: Uhm, I was the one asleep. I was in great classes though like AP honors classes. I got tested like early in elementary like for like gifted classes and shit like that,.I don't know how, I don't know the logistics and shit, my mom did all that cool shit, but I was always in like cool very classes and I was always actually real good with all of my teachers. I'm still good with like my high school teacher, I've been back to my school Carson High a few times to you know take pictures with the kids and shit, you know. But yeah I was the AP's honors class student sleep in the back. That was me

Montreality: Jobs as a teenager?
Ab-Soul: I worked out the rec.. I have a family owned record shop that my grandfather owned. My mom and my grandma ran it in Carson California. It was called Magic Disc Music. And I had a crate on there so I was there up until, I was working there up until April of 2011 when I went on the Paid Dues tour and they closed indefinitely. So that's where I was at. I had a couple jobs, like I worked at like Target and like I sold like cellphones in the mall like in the kiosk and shit. You know what I mean?

Montreality: Your 1st big paycheck?
Ab-Soul: I gave it to my moms for sure. Gave it straight to moms like what we gon' do with it? [Laughs]

Montreality: Black Hippy album?
Ab-Soul: I think, I think it'll happen, you know what I'm saying? When the time is right, you know when the, when that check is right

Montreality: The media always asking you about Kendrick Lamar?
Ab-Soul: Bro, you know I've been saying that like that's not messed up. Me and Kendrick aren't coworkers. That's my brother, that's my family. And he deserves anything that's happening to him and I will answer every question about him. I'm not bothered by that at all. Kendrick's success, it's a, it assists my success, you know what I'm saying? He's gonna be on a platform to present me to his audience one day and if I I'm ready maybe they'll accept me too. So you know I, just for the record, Kendrick is my, we, TDE, we are family. We are not coworkers. Those are my brothers, I'll take a bullet for him. You understand what I'm saying? Like just understand that, this is not, this is not, you feel what I'm saying? This is not like work, we not like, sure, we're competitive, we all wanan be number one. Of course, but I wanna see him, I wanna see all of them be number one. If it's not me, it's gotta be one of them. You feel me? So that's just for the record, you know what I mean? I'm not bothered by the Kendrick Lamar questions. Ask them all, I'll answer them all

Montreality: An artist you want to work with?
Ab-Soul: Jay Z. Hands down. Jay Z, if I could get a record with Jay before he, before he checks out, mission complete. If I could bring out the Reasonable Doubt Jay I think I'd be pretty fucking epic. You know what I'm saying? But I mean, you know, Jay is Jay. You know, I can't really box him into a certain sound, he kinda really transcends every time. You know what I mean? It kinda awes to thread it together, you know what I mean? Still, he still got the, that same, he still got, he still give the same feeling from back then. You know, now

Montreality: Drugs and enlightenment..
Ab-Soul: Help, help I don't know, you know what I'm saying? You know, experience, experimentation is, I think, lead the world, you know, i think that's what has to be done for evolution. For progress. People have to take risks and you know try new things, if you, you know, if you will. And you know I don't wanna say that like drugs help the process. But I wanna say, you know, that different chemicals do different things, you know. And you know, we, you know, everybody goes to the doctor and gets drugs, you know what I mean? Medicines that help for certain reasons, you feel what I'm saying? So it's like that with everything, you feel what I'm saying? I feel this, I won't say, I think that we all, I think we're all born with everything that we need already if, you know, if you will. I think we're born with that already. You don't need any additional assistance

Montreality: 2Pac conspiracy theories?
Ab-Soul: I mean, it's all possible, you know, I'm open-minded to a lot about that, ending was kinda, it was kinda an open ending, you understand what I'm saying? It was very wide ending, but you know he pioneered the whole, you know, he's one of the pioneers of the game. I feel like he kinda showed us any example of how far this could go. You know what I'm saying? You could do this shit to death if you want to, you feel what I'm saying? If that's how you feel, you know what I mean? You could do this shit to the death. I think that's what, I think that's what Pac represented